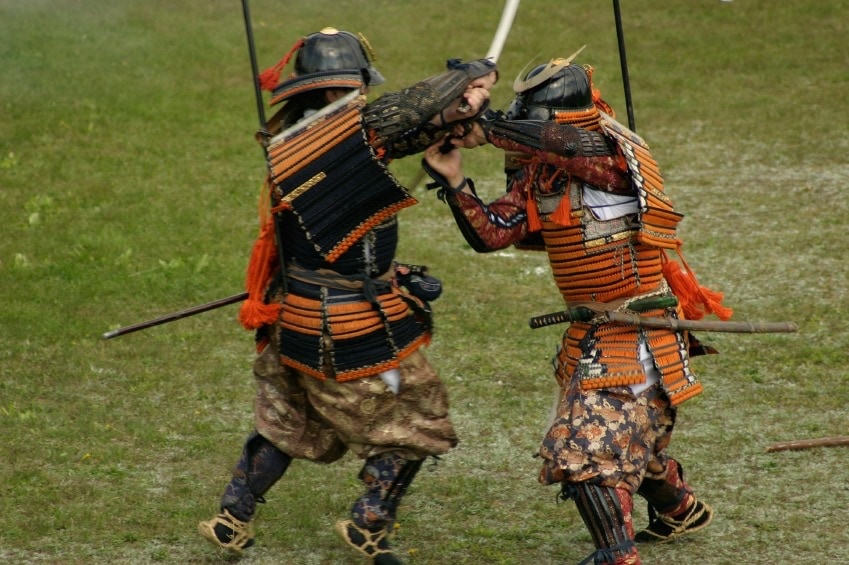 Is learning a traditional martial arts good for self defence?

Traditional martial arts and fighting has been an innate part of humans since life on earth began. There has always been fighting, there is fighting now and unless there is a major shift in consciousness there will continue to be fighting.  Over the centuries there have been many styles of fighting that have been lost to history. The might of the Roman Centurion was a fighting machine, the gladiators learned their own craft, the Saxon way of the broad sword and the shield wall of the Vikings and Danes, just to name a few.

The Japanese were different. They were a feudal nation. Clans fighting amongst themselves for hundreds of years, the samurai caste remaining right up until the end of the 1900’s, then only really forced into a lasting peace by their loss of WW2. So why did the Japanese retain their historical knowledge of their fighting skills, when so many other times and places in history lost theirs? The Japanese traditional martial arts  taught sword fighting, archery, spear, and Ju jitsu all under the same roof called a Ryu. These Ryu were passed on from headmaster to son and some several made it to the Twentieth century, albeit changing along the way. For example, the renowned Katori Shinto Ryu is own of the most famous.

At the beginning of the twentieth century when the samurai caste was finally out lawed, many of these Ryu closed their doors. Many had to down size, and many went underground. After the Second World War, with the occupation of Japan by America most martial arts were banned, this is when Ju jitsu, went onto become judo, and Aiki Ju jitsu went on to become aikido. Both reflected a change in feudal techniques to become ways of peace. Many of the Ryu that went onto to survive reemerged, but were shadows of their former glory days, most just teaching one aspect, such as Ju jitsu or sword. There simply is not the interest by young Japanese to maintain these ancient, traditional relics. In fact, the only way that most will survive is if they continue to spread their art world wide, as it is the non-Japanese that have the interest.

If you find a good martial arts instructor that teaches one of these traditional martial arts you are lucky. But don’t be fooled into thinking you are learning usable self defence. I have always said: learn the old to understand the new. For example, I first learned Taekwondo. At the same time filled in some of the gaps with boxing and kick boxing. Then I learned the traditional Ju jitsu, that evolved into Judo and so on. The traditional martial arts systems are good for solid basics, and go well if you train in a modern martial as well.

I have 3 blogs on the hop. If you like what I feature get updates on what is coming up. I don’t spam you, max one to two posts a week. Just register your interest at:https://www.northstarmartialarts.com.au/get-the-edge/