Best Self Defence Styles for Women 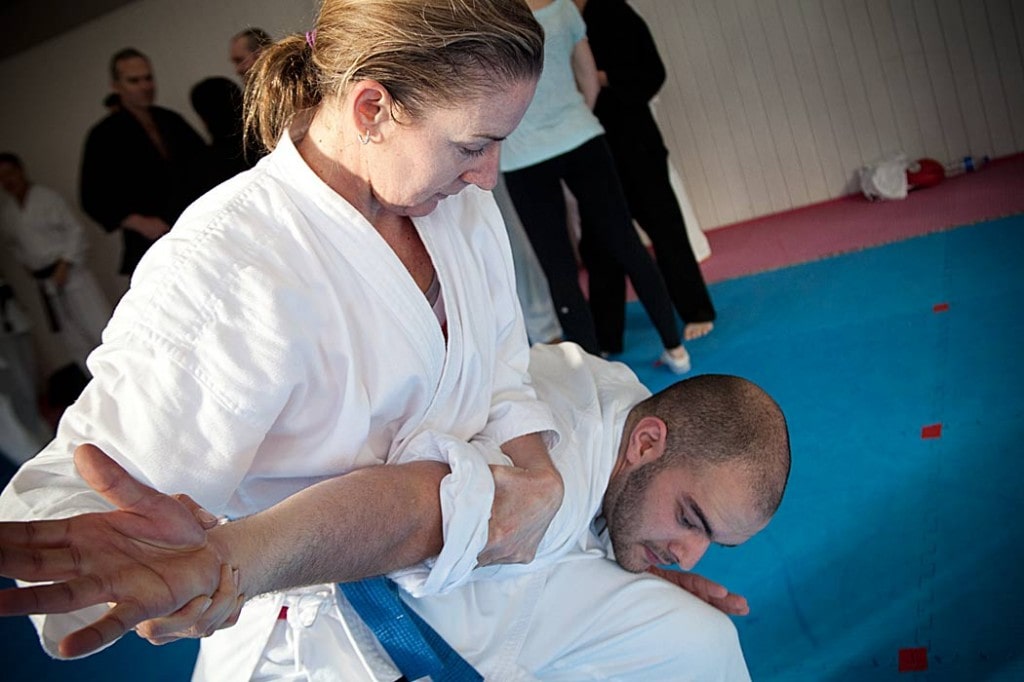 Strictly speaking of the styles of best defence for women, some styles of martial arts are a lot more effective than others. A majority of martial arts techniques mainly rely on sheer strength and that might not come in handy if the attacker is physically stronger. To overcome that women have to focus on styles that require agility, faster reflexes and the ability to take down entities larger in muscle mass.

Some of the best self defence styles for women are as follows:

Muay Thai is also called the art of eight limbs as it requires you to use your elbow, shins, knees and fists to take down your opponent. In other words, you would be using most of your body. That is one of the things that make Muay Thai a perfect self defence for women. While most fighting styles put an emphasis on punches and leg kicks, with Muay Thai, you work with the flexible parts of your body. In case of an attack, you can use your elbows and knees to break the hold of the attacker and then use the fists and shins to keep them away.

Judo is one of the most popular and the most taught type of martial arts in the world. Created in the late 19th Century in Japan, this style is recognised on the Olympic level. Though, some might argue that Judo requires exceptional physical strength to master it fully, it is also true that with judo, you can use your opponent’s strength against them. What makes this style suitable for women is that it teaches you a lot of effective throwing techniques. Judo also teaches you how to break strong holds and if necessary, to even break limbs.

Ju Jitsu is probably one the, if not the most, effective martial arts techniques women can learn to master self defence. Ju Jitsu was also developed in Japan and focuses on taking down strong or even armoured opponents with no weapons. Though it might require forceful kicks, it does in fact build up the strength of its practitioners. Using that you might be able to deflect the attacker should they attack you with a weapon. You may also effectively be able to break their hold and take counter measures.

The ultimate decision lies with you and what you feel comfortable with. But if you live in Sydney and want to take the best self defence classes, then you can visit one of our centers to start training.