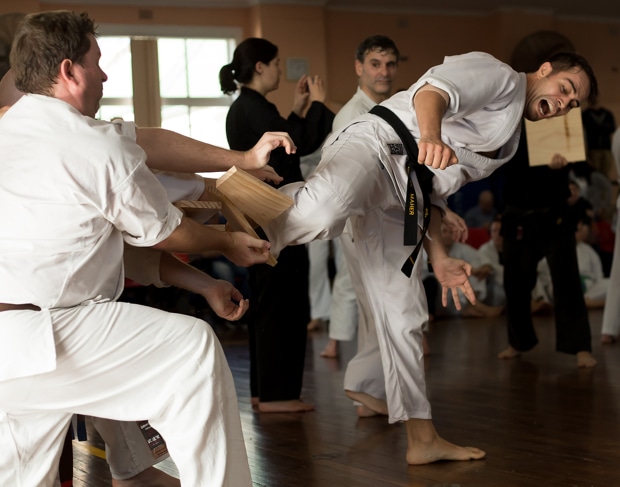 Taekwondo is a great martial art form, but it won’t provide everything you need for great self defence. If your looking for Taekwondo in Marrickville, you should really try Northstar Martial Art in Balmain just a few suburbs over.

Taekwondo Alone Won’t Give You All the Moves
This is a Korean martial art which incorporates elements of Chinese martial arts and karate. It emphasizes on jumping and spinning kicks, head-height kicks and fast kicking techniques. Taekwondo is today practiced by both men and women, and most people learn the martial art for self-defence. How good is Taekwondo? Does it teach you all the necessary moves you may need to defend yourself?

Well those who practice Taekwondo Marrickville know the good points or this martial art that include balanced fighting, strong leg techniques, building flexibility and training of the character. However, we have to discuss why Taekwondo doesn’t give you all the moves.

Useless forms
Till today, there are big debates in martial arts circles on how forms are useful. But, most people who have studied several arts think that forms are almost worthless. Taekwondo forms don’t teach real fighting techniques. Its forms block punch structure is completely unrealistic during a real fight or in taekwondo sparring. If you take taekwondo, you’ll have to spend most of the time learning the forms. In the end, you will have wasted a lot of time. It could have been better if that time was spent striking pads or sparring. One thing these forms will teach you is balance, although you can obtain balance in many other ways.

Weak hand techniques
Taekwondo has hand techniques, even though kicking is emphasised a lot. Because of this, your hand techniques will not be developed while practicing taekwondo. Also, its sparring style minimizes the hand techniques effectiveness. Most taekwondo stylists are foot fighters who are good at long range and very ineffective when the fight is moved in close. Taekwondo requires an infusion from other martial arts such as Chinese Sanda, boxing and Thai-Style boxing in order to improve the hand techniques.

Bad self defence
Taekwondo’s self-defence techniques are not very realistic. A lot of time is spent on the block punch method. When you happen to try such techniques in a real fight in the street, you’ll definitely get killed or lose.

Little emphasis on grappling and throws
Taekwondo has some grappling techniques and even some throws. They must have been borrowed from a Korean martial art (Hapkido). However, Taekwondo would have been more efficient if more emphasis was put on throws and grappling. This would make the art more effective especially in a real street fight.

In case you don’t know much about martial arts and you would like to learn self-defence, consider Northstar in Balmain, the first lesson is free.

Author, teacher and mentor.The essence of Andy's teaching is correct martial arts training is a great method of personal growth. It can be studied on the surface to get fit and learn self-defense and it can also lead to incredible changes in self-confidence, self-esteem, self-discipline and self knowledge.

Latest posts by Sensei (see all)