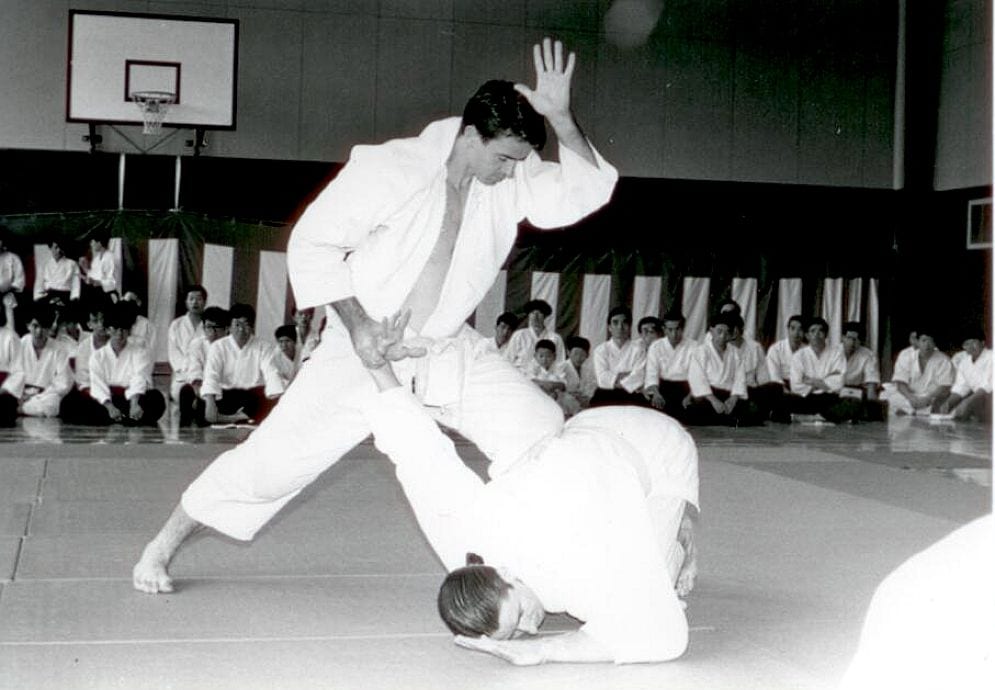 I had been studying martial arts for 10 years or more was a 2nd Dan Black Belt in Taekwondo, ample experience in Ju Jitsu, competing regularly and working security on night club doors. All in all in pretty good shape. It was about 7pm and a friend and I had just finished training at the gym and were heading back to the car that was parked on a main road which was well lit. It was a normal day, nothing out of the ordinary, and this had been a regular routine for many months. My friend was getting into the passenger side of the car as I was getting into the drivers side. Out of the shadow a figure went straight up to my friend and demanded money. I could not really see what was going on as I was half into the car, next thing you know there is another man walking around the car towards me. It was dark already so it was hard to see what he was like. I knew that something was wrong as I could see the intention in his eyes.

He said to me give me your money or we will stab your friend…or other more graphic words to that effect. She screamed at me that the guy close to her had a knife. As the second man walked around the car to me, I yelled at her to get into the car and lock the door, she hesitated so I let it be known quite clearly what she had to do. She jumped in the car, locked the door as the man closest to her hammered the top of the car with the butt of his knife. A second later the man closet to me lunged at my chest with a long blade. I was fast enough to just pull away as he took a second swing at me catching me on the sleave. I immediately made distance between me and the 2 men, but they definitely saw me as an easy target and quickly followed which was okay as it allowed my friend time to get away in the car.

As we rounded the a corner the first man pulled his arm back to take another shot, I moved very quickly, maintaining balance, putting years of martial arts training into action. Striking hard and fast my weapons found their mark easily taking out the first man. The second man saw what was coming and bid a very hasty retreat.

This was a very ugly experience. It took very clear thinking and presence to be able to respond effectively. If I had not had years of martial arts training, the outcome could have been so much different. How many stories do we read or hear that someone some where has been stabbed and killed.

Northstar is a culmination of my experience in and out of the dojo. Use your time well at training to learn and absorb as much information as you can.

WHAT CAN YOU DO?

2. Do not fight fire with fire it will only inflame the situation even more.

3. Assume that there will always be a knife involved in a fight.

4. Don’t ever expect to see the knife, you will feel it before you see it.

5. While your attention is in front of you, you are vulnerable to attack from the side and from behind.

6. The instant you see the knife high drop everything and remove yourself from the situation.(if you can)

7. If you engage, expect to be cut. Whilst training in the Philipines with great knife fighters, they all had their cuts to show.

8. When the gap appears move quickly with full commitment, don’t stop until you are safe.

Remember, there is no winner in a knife fight.

Share on TwitterShare on FacebookShare on PinterestShare on LinkedIn
Post Views: 645
Posted in Adults self defence, Andy Sensei, Mens Self Defence, Women's self defence