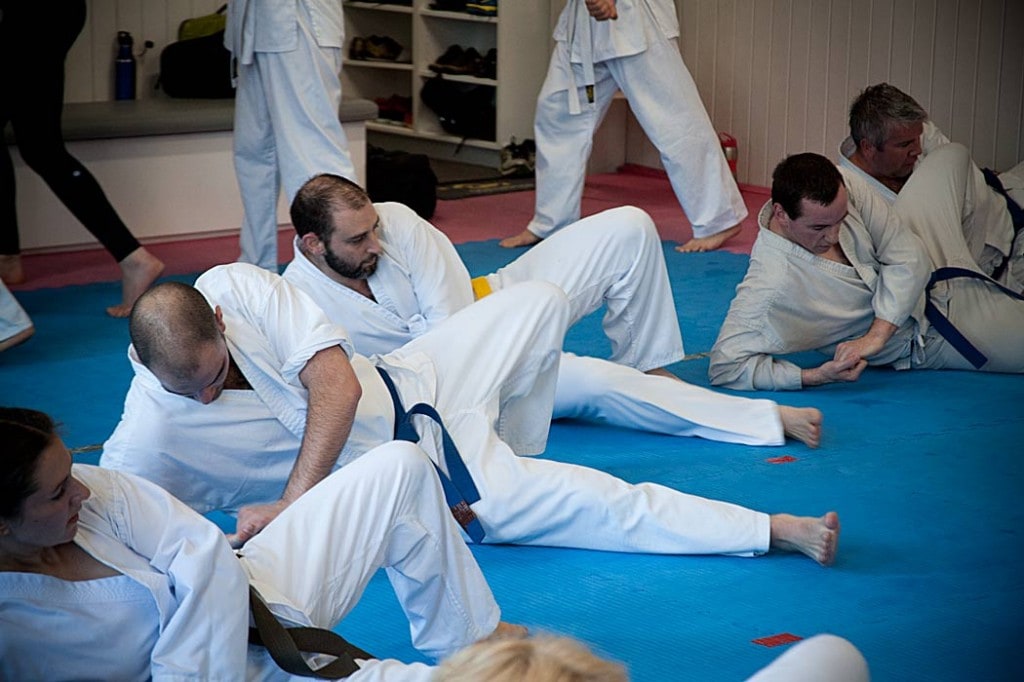 20 years ago, Ju Jitsu master Rorian Gracie came up with the idea to test his students skills out against other martial arts exponents in a way that has never been seen before. The fights, took place not in a ring or mat but in a specially designed octagon complete with fencing that could only be climbed over. This “no escape” mentality combined with the limited rules that allowed most hand and feet strikes including elbows and knees, judo, wrestling and ju jitsu throws and ground work was the birth of what is called the UFC, or Ultimate Fighting Challenge.

The UFC has since grown in popularity world wide. Because of this incredible growth the UFC fighter had to adapt and learn very quickly that if you had a weakness in any of the 3 ranges of fighting; standing (punching and kicking),  throwing and ground work, it would quickly be exposed threatening a potential loss very quickly.

So the trainers, contestants and training partners set about to quickly fill in the gaps in their training regime, usually by cross training with other styles and systems that offer immediate results. Eventually from this adding of styles together, a hybrid system of training developed called MMA, or Mixed Martial Arts.

This style of training only takes the best techniques that enhance the chances of winning the fight or competition. Most martial arts training is a combination of traditional systems that have evolved into one new hybrid. Arts such as Judo and Aikido are great examples of this.

There are many MMA classes Sydney wide, the Northstar system is one modern example of mix martial arts, the difference being most, if not all of the modern hybrid competitive systems of MMA focus mainly on the competition side where as Northstar, though has a competition team, retains the essential elements in martial arts such as respect and courtesy.

This is in no way a criticism of this new way of fighting, it is just important to note that it is a spin off from martial arts much the same as kickboxing and not an evolution of martial arts.

If you’re searching for mma training Sydney or martial arts training Sydney, Northstar offers flexible timetables at two convenient locations in Balmain and North Sydney. Just fill in your details in the inquiry box and you can come to a class for free to see for yourself.