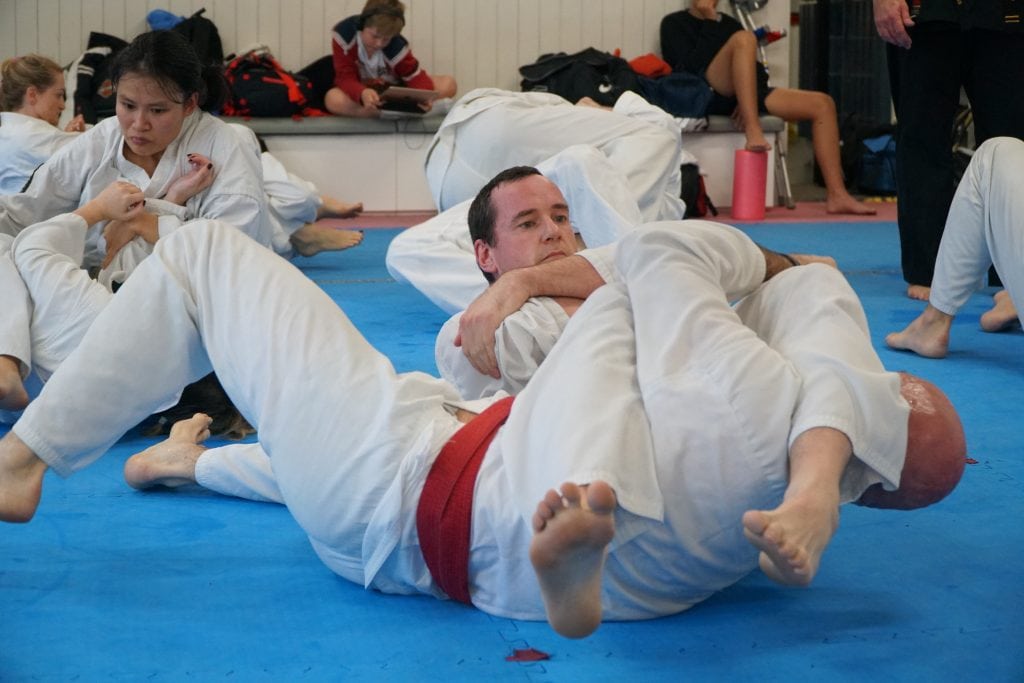 I remember starting martial Arts because I believed it was the answer to my fear of fighting and being bullied. It did not matter that I was 17, 183cm and 90kg, I was still very insecure. Learning martial arts did give me so much confidence, in fact probably too much. Back then, martial arts and fighting for me went hand in hand. The good thing about learning martial arts, is that you do learn how to fight. But the key is choosing the correct martial art. For the martial arts to be a good system for fighting, you need to have sound basics, pad work, free movement such as sparring and above all, a well thought out moral code.

You cannot build a good house unless the foundations are correctly installed and strong. Balance, distance, poise, timing, power and technique, are constantly drilled in good martial arts schools.

Having a moving unpredictable partner when training is one of the keys to being good at martial arts and fighting. Applying your techniques under pressure against a non-compliant opponent takes a lot of training, but you certainly learn what works. It does not really matter what kind of free movement, though the martial arts that include all ranges of fighting tend to be the most resilient.

Martial arts have evolved almost beyond recognition. The use of kata or forms is still an almost forgotten fundamental that with the correct intention is the essence of martial arts. Kata are used to perfect technique, learn basics and above all, lose the ego. I will be writing my next post on martial arts and ego.