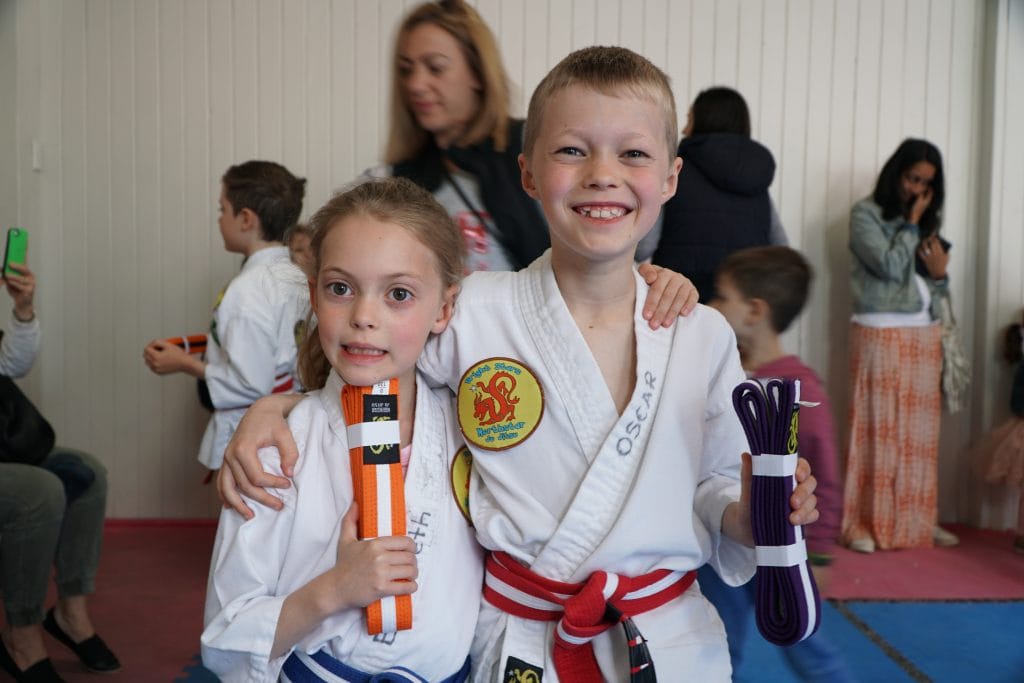 Grading for children at Northstar Martial Arts must be a positive experience. From the moment children are old enough they are thrust into a very competitive world. From the very beginning, the places in pre-school are sought after. If you want your child to go to a private school you had better get their name down soon after birth and from a young age the playground is a competitive hotspot with children vying for attention and peer pressure already beginning to happen. The following is must read grading information.

From the moment children enter school at age 5 or younger, they are being graded and compared to each other from the most academic to the least academic. This process is constantly going on in school. The strongest are picked for the best teams and the weakest play in the make-up teams at the bottom of the pile.  Already the nature of winning equaling success is being instilled in the child’s psyche. Winning equals success and losing equals failure. The nature of winning is engrained into us across all facets of Australian society.

Even outside of school the child’s calendar is packed with extra-curricular activities from a young age. Soccer, rugby, nippers, music, swimming, language and yes, Martial Arts. Martial arts worldwide now seem to revolve around sport. So, the children learn a sportified version of martial arts where by the main object of the school is to gain recognition by the wins of their students. There seems to now be no safe haven where children are not pitted against each other.

I chose to make Northstar Martial Arts a safe haven for children where they can express their unique qualities without being compared to others. So, the defining criteria for their success is commitment, determination, spirit, service, manners, good behavior and a general desire to be the best they can be. These qualities can be expressed by all children regardless of their physical prowess or natural ability. As far as learning the techniques of martial arts, of course this is the working surface for which the above qualities are learned and expressed. If we were like most other martial arts and the physical was our only way of assessing ability then by failing students at grading would seem logical. So, at Northstar It is the above qualities that are assessed in class and during the grading.

Our gradings are so much more than just a physical assessment. I want the gradings to be a metaphor for success, a positive graduation of improvement since their last grading, not invoke fear of failure. It is rare not to see the face of absolute delight when student receive their new belt. Failure would be counterproductive to the essence of what it is that I am trying to achieve.

Gradings teach a positive ritual of setting a short-term goal. Working towards it and achieving it teaches a positive experience that increases the child’s confidence and self-esteem. This can then be applied to all that the child attempts in life. I have seen the success of this formula in my son’s life and many more students that have graduated from the Northstar Children’s program.