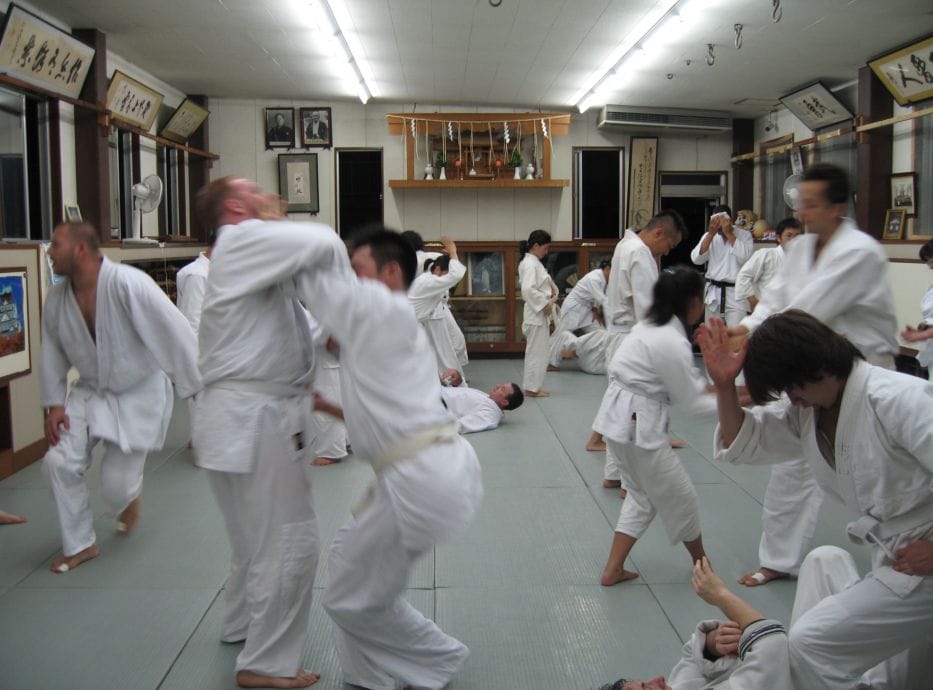 Ju Jitsu (spelt Jiu Jitsu or Ju Jutsu) is a Japanese martial art. It was the art that was taught at many levels from foot soldiers from the lowest samurai caste to admirals and other men of high standing. Jujitsu was usually studied along side other martial disciplines such as Kenjutsu, and Iaijutsu depending on the Ryu (school).  At the turn of the 19th century many of the old Japanese Ju Jutsu schools were no longer useful as the Samurai way was quickly becoming a relic of a bygone era. Forward thinkers such as Jigaro Kano, went on to amalgamate the essence of Tenjin Shinyo Ryu Ju Jitsu and Kito Ryu Ju Jitsu with his own unique personality to found judo. Morihei Ueshiba who studied Daito Ryu Aiki Ju Jutsu for 35 years before his own style morphed into modern day Aikido. All great styles and instrumental in the development and continuation of martial way in a modern world.

Japanese Ju Jitsu can still be found in Australia. The old famous styles such as Tenjin Shinyo Ryu, Daito Ryu Aiki Ju Jutsu, and Yagu Shingan Ryu have small but dedicated schools. Then there are the modern Japanese schools of Ju Jitsu such as Northstar Ju Jitsu. Founder Andrew Dickinson went back to the roots of Ju Jitsu and trained in Tenjin Shinyo Ryu and Daito Ryu in Japan. Then added his knowledge of striking to the Ju Jitsu together with his own personality to form the popular Northstar Ju Jitsu system..

Sport has its place in martial arts but like anything, too much and the martial art loses its identity. Ju Jutsu of old was not concerned with sport, in fact it went the other way, where by the techniques were primarily joint breaking and dislocation, strangulation and throwing techniques designed to maim or kill. It was only ever used in matters of life and death. Modern arts of judo and Brazilian Ju Jitsu have strong sporting components whilst retaining the values of traditional martial arts.